“You know sometimes in life you just have to go for it, take a huge risk, and see wha 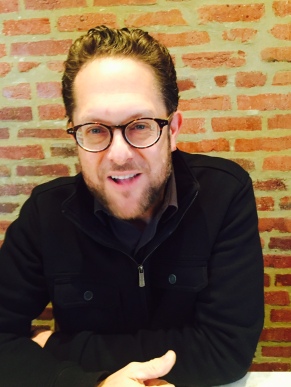 Innovative musical risk began to pay off big time for Michael Joseph Harris and his group of eclectic musicians in December 2014 upon the completion of their first two hour HD Concert Video of a live performance of  Michael’s original Gypsy Jazz compositions and standards at the Creative Alliance in Baltimore. This sold-out event was quickly followed a month later by an invited performance at the Kennedy Millennium Stage, and then the successful kick off of a Spring and Summer Tour that went from New York to South Carolina, and from Washington DC to California.  Whew!

Michael is a popular Baltimore-based Guitarist & Composer who specializes in Jazz, Gypsy Jazz, Blues, Latin, and Brazilian music. He and his group made a triumphant return this weekend to kick off the first Django Music Jazz Fest at the Creative Alliance in Baltimore to a standing-room-only audience.

Baltimore – A Place to Create

All of this success did not happen overnight, as the story goes.  Michael traveled a long diverse journey to arrive at his innovation-propelled musical success.  Starting as a teenage musician, Michael worked for twenty years learning his craft on the Eastern seaboard one gig at a time while situated in the cold transient “me” power centers of the Washington DC area where he had spent most of  his life.  Looking for a more stable and supportive environment to expand his musical ideas, he moved into the warm embrace of Baltimore’s community-based diverse culture ten years ago. Baltimore was only 60 miles away, but the difference turned out to be night and day for his well being.

Here, he found solace and a place that encourages and supports innovative tinkering and cross fertilization of all kinds (science, technology, medicine, and the arts); it was also a place where people willingly help one another fulfill their dreams.  It all came together creatively for Michael where he brought his only child into the world, Lotus, a dazzling daughter now seven.

Michael also learned to play and write the difficult Gypsy Jazz music in the style of Django Reinhardt, and then composed and published over two hours of original Gypsy Jazz music funded primarily by Kickstarter projects. Michael has become an important force of the musical scene here in Baltimore where he continues to perfect his craft, collaborate with artists of every stripe, and conduct workshops for aspiring Django musicians. His influence and connections also extend nationally and internationally.  Below are the cliff notes of Michael’s musical journey.

Michael was an extreme tactical tinkerer as a child.  His parents report that as a three-year old his tiny fingers would open one Christmas present carefully at a time, first playing with the paper, then tinkering intently with the toy inside to see how it worked and what he could do with it other than what it was designed for.  This would go on for twenty minutes or more before going to the next gift, usually only after urging from his parents for him to please get on with it. This would be a hint of things to come.

Michael was exposed to a variety of sports and school activities growing up and tinkered with them all but it was not until his thirteen-year old fingers found the strings of a guitar he received one Christmas that his eyes lit up and this tinkering became his passion.  He was like a duck to water. His mother would later say she was “sure he couldn’t live without creating music.” I wasn’t sure.  She may have been right.

His garage band was born when he was thirteen and was followed in a few years by Michael becoming a member of a nationally recognized High School Jazz band that won many competitions.  College music scholarship offers followed and Michael was accepted to one of the premier jazz music colleges in the nation where he would his face the first big existential risk in his life.

At the end of the first year, Michael realized that getting a musical college degree was not for him. He faced that dreadful call home to give Dad the bad news.

Hi Dad, sorry to tell you this but I need to leave school and come home because they want to teach me how to create music.  I already know how to create music; if I stay here I think they will only teach me how to forget what I know how to do, and want to do better.  Dad said: If you have learned that important lesson about yourself you have learned the lesson of a lifetime, so come home.

I know this is true because I am Michael’s dad.

One of the things Michael gave me for Christmas that year was a cassette tape (okay, it was a long time ago!) of the key jazz greats organized from old to new to show the progression of jazz music. I loved it, listened to it all the time and cherished it.

Michael wrote and arranged jazz music by day, and played jazz music anywhere and everywhere he could while he lived at home and attended a local university.

He graduated with a bachelor’s degree in philosophy and literature, and also achieved a “hard-knocks degree” from playing in bars, bar mitzvahs, and dives up and down the East Coast with musicians of many different musical cultures and playing styles. I would follow him to many of these gigs to not only hear him play but to protect him in some of these shady places.

He would often decide to just show up at a jazz venue with his guitar and portable amp hoping to sit in with professional musicians. Sometimes they would give him a chance to see if he could keep up and add a few new licks of his own. If not, out came the hook. It was a tough crowd with little patience, but he got better from it.

He once played as a fill-in band member in a remote South Carolina venue in front of a large boisterous audience where Michael was not only the only white member of the band, he was the only white person in the room! The band leader introduced each musician before they began to play, and when he came to Michael said with a big smile: And here direct from Washington DC on guitar is Michael Harris traveling in Caucasian.  I never forgot that poignant and funny phrase, “traveling in Caucasian,” and used it as the title and theme of a blog post I wrote on a life-changing racial awareness event that I had personally experienced in my college days.

This brings Michael’s journey up to the present (February 26, 2016) where he kicked off Baltimore’s first Django Jazz festival at the Creative Alliance.  The event was promoted heavily with live interviews of Michael on CBS television and the Baltimore Sun while Michael played samples of Gypsy Jazz and gave a brief history of its origin.

Jean “Django” Reinhardt became one of the 20th century’s most important guitarists out of unfortunate circumstance.  After suffering life-altering burns as a teenager in a 1925 fire, the French musician retaught himself the guitar — using only his index and middle finger for solos. The unorthodox technique gave birth to a new style in 1930s Paris: Gypsy jazz. Had Reinhardt’s ring and pinkie fingers not been paralyzed, there’s no guarantee the world would ever have Gypsy jazz.

You have to imagine, all of his leads he did with two fingers,” said Michael Joseph Harris, guitarist and composer in the Baltimore Gypsy jazz trio, Ultrafaux. “Miraculously, he came up with one of the best ways, harmonically, to approach the guitar because of his limitation. It was like truly making lemonade out of lemons.

Popular in Europe from the 1930s, Reinhardt’s Gypsy jazz has seen a recent resurgence in the U.S., exemplified locally with this weekend’s Charm City Django Jazz Fest. The two-day celebration of Reinhardt — the sound’s creator and most influential player — will feature Baltimore’s Ultrafaux, along with national acts like Rhythm F

uture Quartet, Mary Alouette and the Crew and Stephane Wrembel, across two nights at Creative Alliance. Thanks to Gypsy jazz festivals and online communities, rising acts like these have found audiences across the country increasingly hungry for the subgenre’s intricate guitar solos and natural toe-tapping swing, even as acts put their own spin on the sound.

The first Charm City Django Jazz Fest takes place at 8 p.m. Friday and Saturday at Creative Alliance, 3134 Eastern Ave., Highlandtown. Ultrafaux, Rhythm Future Quartet, Mary Alouette and the Crew and Stephane Wrembel are scheduled to perform. Tickets are $22-$25, plus $3 at the door. (Single pass for both nights available in advance at the box office for $36-$40.) Call 410-276-1651 or go to creativealliance.org.