#TrueStory DO YOU SEE THE SAME COKE BOTTLE ON THAT BILLBOARD THAT I SEE? At age 6 Carmen pondered this REALITY-QUESTION, while walking to school with her Nanny, as Magritte did at age 30 in his studio. Both changed the world: Carmen, as PhD educator; Magritte, as famous artist. pic.twitter.com/nEkSOHuBBV 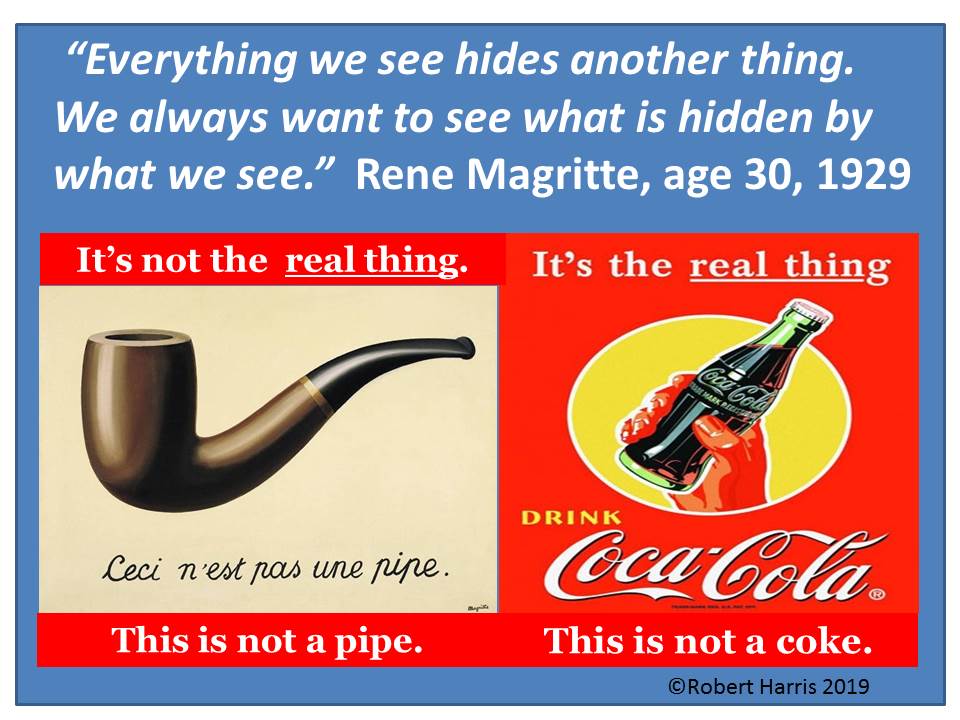 A child’s “WONDER” reveals possibly the most pervasive conflict in human history: What is REALITY? Is it OBJECTIVE (separate & the same for everyone), or; SUBJECTIVE (private new perceptions in each mind). This binary mind-set formed early in our cave home: EAT or be EATEN! pic.twitter.com/1kIkIRu5BH 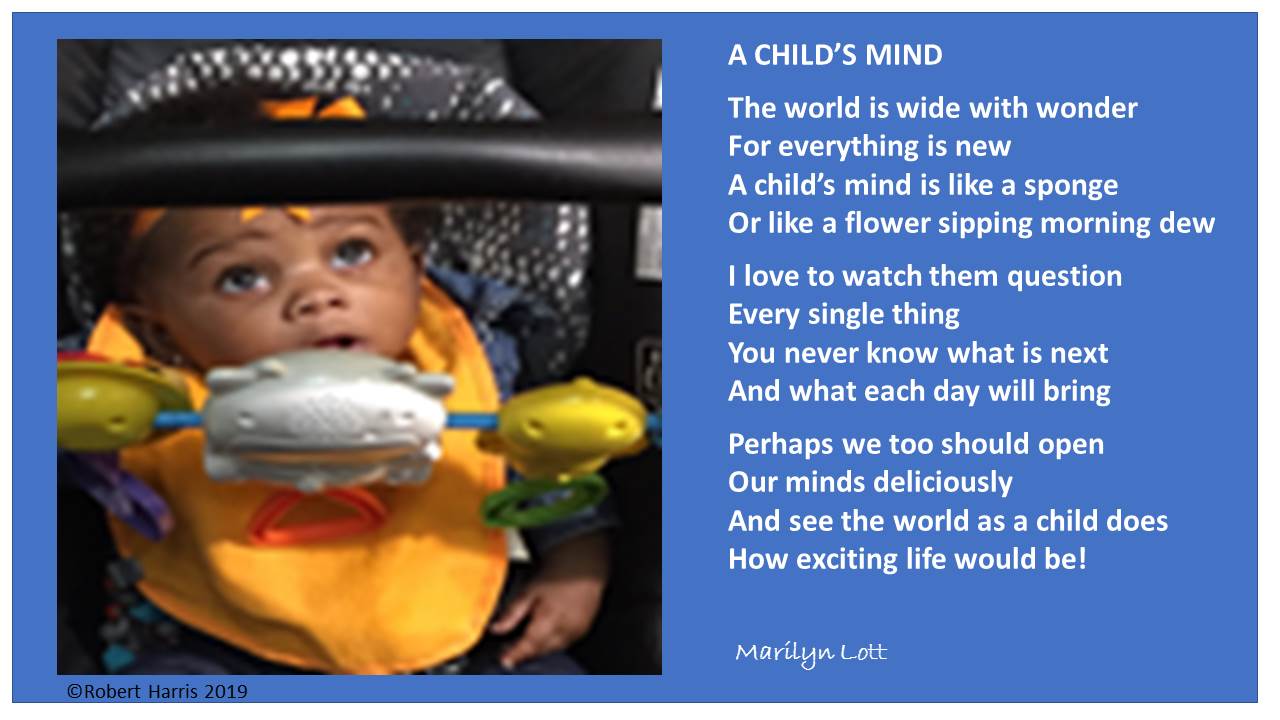 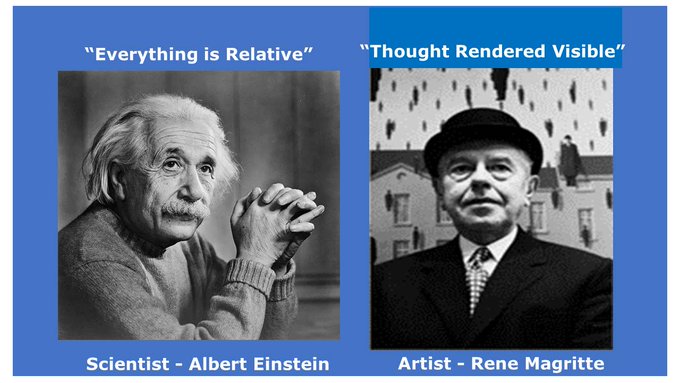 Einstein (like SCIENCE) is provable by experiment until it’s not. Magritte (like ART) is enlightening until it’s not. Both are opened-ended, Art more than Science. Both are precise, Science more than Art. Both operate on a bi-direction arrow of TENSION keeps each moving forward. 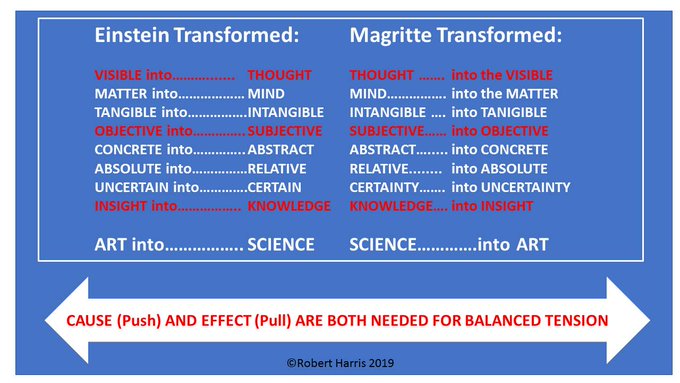 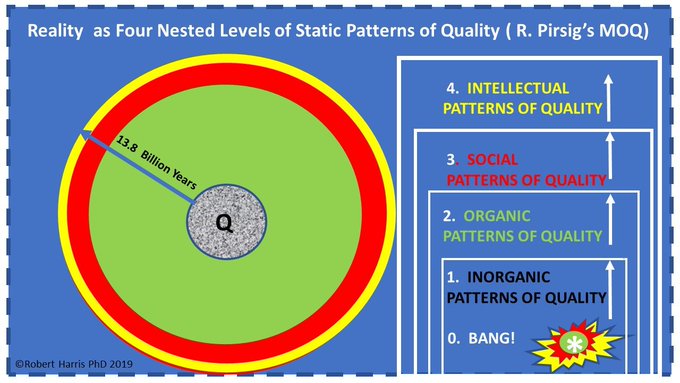 #TrueStory ABOUT MENUS: Professional Philosopher says to me: “Metaphysics is a restaurant with 30 thousand items on its menu, but NO FOOD!!” Professional Athlete says to me: “SPORTS has the shortest menu of all – WIN or LOSE!!” Bada Bing; Bada Bing! (Subjective vs Objective)
8:11 PM · Jul 31, 2019